The frickin' laser beam fires a bolt of superheated plasma, a softnose laser, or some other handwavey science. This powerful projectile can deal incredible damage to mobs and blocks alike. 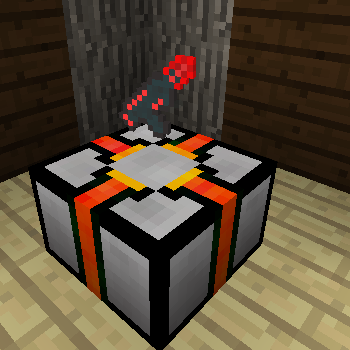 Like all good tools, the laser does one thing, and does it well: it fires lasers. The .fire() method takes three arguments: the first two specifying the direction and the last specifying the potency.

The angle is provided through a yaw (angle on the horizontal axis) and pitch (angle on the verticle axis), each measured in degrees. The potency can be any number between 0.5 and 5, with higher values dealing more damage but taking longer to recharge (note these values are configurable).

If you are rather paranoid about the singularity, you may want to avoid giving computers access to these high energy weapons. Instead, you can elect to fire the laser by hand. It functions a little like a bow, charging it for longer will result in a more powerful (and more deadly) projectile. 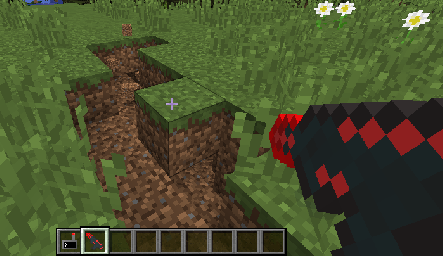 The laser can be configured using the laser category of the plethora.cfg file: